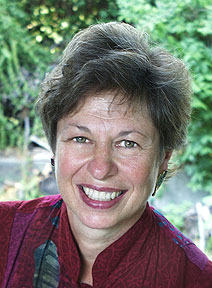 Quite unconsciously, a body/ landscape motif entered my photographs, a result of living on islands in Greece during a year’s fellowship twenty years ago. I loved to watch the light change hourly on the mountains that joined the sea like giant birds gliding into water. As my photographic vocabulary evolved during that year, those fascinating surroundings rematerialized within my water nudes. Thus began an inspirational dialogue with nature, continued first in Greece and then on Cape Cod, where my settings grew to include woods and dunes. The infrared images, shot in those new environments, further explore harmonious resonances, as the body takes on the character of dune or atmosphere.

My desire to photograph nudes was born of the water, of a passion for being in and meditating upon still waters. Wanting to make statements about human nature as I had before in portraits and street pictures, I sought a way to photograph people in water to create images of a psychological, dreamlike, and emotive nature. When I began the Nudes in Water series in 1975, I felt that water, the source of all life, should display an equivalent density to flesh, invoking a cauldron of creation and a visceral visual connection between body and nature. These motivations were to become the foundation for all photographs that followed.

Between 1981 and 1988, before resuming the Nudes in Water on Cape Cod, I worked on several other series of nudes. My first experiments with the figure in color used 4x5 and 8x10 Polaroid prints and melded multiple exposures of flesh into literal and imaginery layers. Then, Fusion Forms, a series of black and white multiple exposure solarizations, recombined body forms into surreal sculptures. Interior Nudes, elemental figure studies taken indoors between 1983 and 1986, led to later series of abstract nudes.

In 1986, inspired by the play of light on the southwestern desert, where the colors of sandstone suggest flesh, I began photographing the land directly. I think of these landscapes as studies for my nudes. In 1991, in a series titled Canyon Nudes, the figure reappears as reflections in puddles which merge with clay or rock to form geodes, frescos, or shards of life. Fusing sunlight and bluer shade, these images exist within a surreal color world. But the most constant pulse in my photography is the black and white figure in nature, represented in this exhibition catalog.

A surrealistic sensibility plays in and out of these images—we are so often driven by forces beyond our awareness. Transformation, paradox, and the simultaneity of conscious and unconscious worlds are evoked throughout these pages. They appear in a nude’s white flesh becoming black flesh, in a body’s back becoming the texture of the rock nearby, in underwater and abovewater worlds coexisting, in a human form appearing amphibious, or in water transforming into opaque blackness. Often there is a tension between overtones of life and death.

I consider my images most successful when their “objective” reality is countered with several levels of ambiguity and mystery, so that what they seem to be is stronger than what they are. Water and light are often my allies in reaching this goal of illusion. Together, they create reflections and shadows that transform body, rock, or reed forms; they illuminate transparent underwater worlds or bring into being metallic crucibles of life.

Karin Rosenthal, a 1967 graduate of Wellesley College, has also studied at the Rochester Institute of Technology (1965) and the Boston Museum of Fine Arts School (1970-1972). Exposed early to the joys and challenges of seeing life through a lens, Rosenthal is the third generation of her family to enjoy photography. A free-lance photographer since 1973, Rosenthal’s commercial work has included portrait, public relations, dance, and art reproduction photography. She now makes her living primarily from the sale of her fine art prints.

Since 1990, Rosenthal has devoted almost all of her time to fine art photography and to explorations of the nude and the landscape, a significant evolution from her earliest images which expressed a strong interest in the urban American experience. In the early 1970s, she photographed city crowds and did a lyrical study of lost, isolated individuals in alienating subway settings (People in City Spaces, 1972-1974). In the mid-70s, while working as a tutor of older male residents at an institution for the retarded, Rosenthal became fascinated with the unmasked and expressive faces around her, and created a strong series of portraits (Portraits of Developmentally Disabled Men, 1973-1975).

In 1979, Rosenthal was granted a one-year travelling fellowship from Wellesley College, to create portraits of Greek villagers (Greek Portraits, 1979) and to expand other visual ideas which were increasingly drawing her attention: a series of Nudes in Water. Daily feedback from her darkroom in Greece and additional trips following her grant, brought the latter series to a new level, simultaneously graphic and sculptural, combining bold contrasts with delicate tonalities (Nudes in Water, 1975-1981). The series later continued on Cape Cod where the changeable light and pond flora shifted the direction of the work and opened new visual possibilities (Cape Nudes, 1988- present).

The passion for observing still water and its interfaces that she discovered in the 1970s has remained an ever-present influence in her work. Even dry landscapes (Landscapes of the Southwest, 1986- present) are of scenes shaped by the forces of water. The sensuous quality of water is pervasive, whether or not the nude is included. The interest in human experience, although increasingly presented in abstract ways, also pervades the work. Images evoke conscious and unconscious worlds, paradoxical mysteries, sometimes humor. Where earlier photographs implied body as landscape and vice-versa, the figure and the landscape have become increasingly fused. In a recent series of color nudes (informally titled Puddle Pictures, 1991- present), a body is made of clay, or is joined with stone like a geode or a fresco.

She has taught at the Art Institute of Boston and the Newton Arts Center, and currently teaches a Figure and Landscape workshop for the Cape Cod Photo Workshops.

Rosenthal’s photographs are in several permanent collections, including the Boston MFA, Brooklyn Museum, Boston Public Library, International Center of Photography, Polaroid, and the Fogg, Rose, and Santa Barbara Art Museums. Portfolios of her work have been featured in the Swiss Nikon News, the leading German photo magazine, Fotomagazin, and the major U.S. design publication, Print Magazine, among others. Her nudes are represented in several books including Eros, Male Nudes by Women, The Hidden Image, the ICP Encyclopedia of Photography , and several European books of nude photography. Rosenthal’s photographs have been exhibited and collected internationally. Karin Rosenthal currently lives in Watertown, MA.